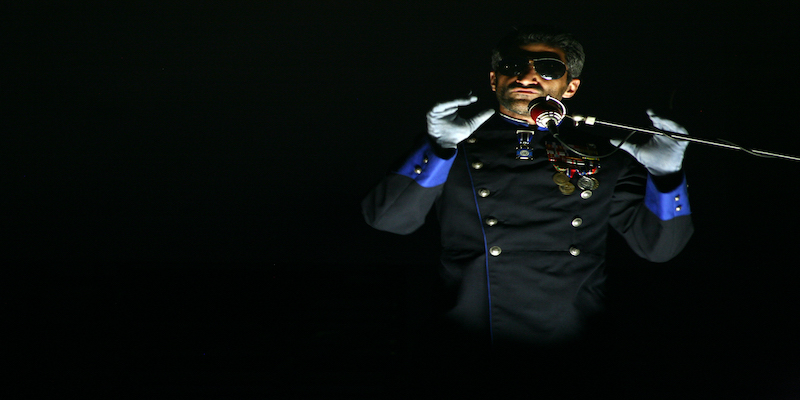 Penultimate appointment within the AIDA Showcase (Adriatic Identity through Development of Arts), a project co-financed by the European Union under the Instrument for Pre-Accession Assistance (IPA II) Interreg IPA - CBC Italy - Albania - Montenegro

Sunday 25 July at 9.00 pm NOISE OF WATERS on stage, second stage of the triptych of the TEATRO DELLE ALBE Ravenna-Mazara 2010, curated by Marco Martinelli, Ermanna Montanari and Alessandro Renda, three works that in different ways take Mazara del Vallo as a symbolic place of frontier and starting point for a fresco on today.

Rumore di acqua, created with the patronage of Amnesty International, is a story about the tragedy of the thousands of migrants who die every year swallowed up by the Mediterranean; a monologue with black humor dear to the playwright from Ravenna, played by Alessandro Renda, with the original soundtrack and live music by the Mancuso Brothers.

This work was born among Martinelli's notes, from his notebook of trips to Mazara that lasted more than a year. Stories and tales, but not only. The song of the muezzin on Italian soil. The intricate alleys of the casbah. The bright green of the cathedral domes.

A general, in collaboration with an elusive Minister of Hell, practices welcome and push-backs on an island. And he tells them in a long list of numbers that hide living and dead, lives and dead, arranged and recorded with horrible precision and maniacality, more and more paroxysmal, aberrant, insane. Renda is the general who brings together the voices of despair and the painful stories of those who tried to save a friend, a relative, on the drifting boats.

Stories. Small desperate stories of someone who wanted to go far, attracted by the mirage of well-being, and fell: braggart boys who think they are ferrying desperate people across the ocean on boats suitable for edenic lagoons, peasants unable to handle the sea, little prostitutes, the last of the earth that as in a game of goose have been bounced many times between the desert and the coast, harassed by increasingly greedy keepers of the laws, imprisoned, sent back to milk them again, to strip them better, finally embarked towards the black sea, towards the teeth of the fish. On stage the black, satirical tone, thanks to the earthy and distant music of the Mancuso's mourning and to the drawn intensity of Renda, is colored with a note of pain and pietas that move and wound.

With the patronage of Amnesty International