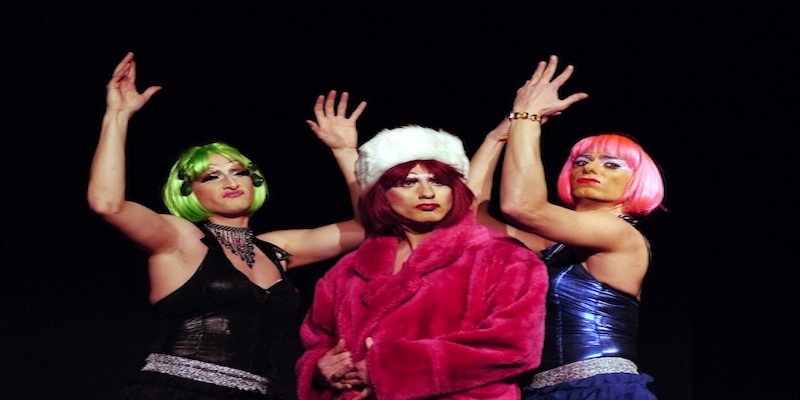 We are in 2222 and radios no longer exist for centuries. Communication passes through other channels and the dictatorship of the image has reduced all frequencies to silence.

A group of courageous DJs, in love with that forgotten instrument, challenge the times and the terrible threat of an Orwellian anti-radio police, picking up and broadcasting soundtracks from the past, which still sail in the ether. And in order not to be discovered you need an idea: to disguise the clandestine broadcast as a theatrical show!

Supported by the generosity of a faceless philanthropist - the mysterious Aristide Priscilla - among finds of all kinds and modern reinterpretations of the old classics of what was once radio, our nostalgic and rebellious presenters will guide the public to rediscover the ancient charm of imagination.

Desirée, Demetra, Donata and Dora are here grappling with the most romantic of Nina's adventures. Wrapped in an atmosphere in black and white, they will be the voice and body of the divine of the past, wise narrators of lost worlds, interpreters of forgotten masterpieces, in a succession of twists and highlights, heartbeats and blinks of eyelashes, until you reach a surprise ending.